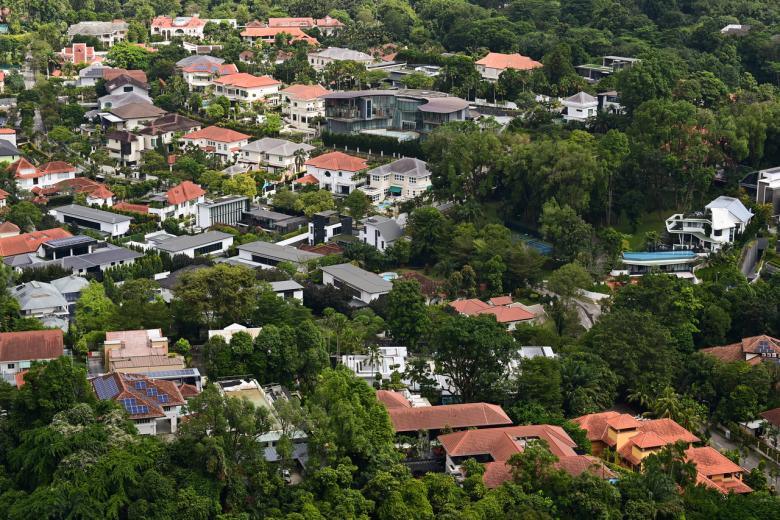 But a surprise round of cooling measures announced on Dec 16 last year has dampened any prospects of a continued stellar price run this year. Instead, prices are expected to grow by 1 per cent to 4 per cent, underpinned by record-low unsold inventory and a limited pipeline of new launches, analysts say.

Mr Wong Xian Yang, head of research at Cushman & Wakefield, said: “Singapore’s fundamentals remain sound with GDP (gross domestic product) growth expected at 3 per cent to 5 per cent in 2022 and a tightening labour market. Local demand remains strong, as evidenced by landed housing project Belgravia Ace selling 72 per cent of units during its launch this month.”

However, the new property curbs and more people taking year-end breaks overseas because of additional vaccinated travel lanes have taken their toll on transaction volumes in the fourth quarter.

Sales of new non-landed homes, excluding executive condominiums, dropped nearly 15 per cent in the fourth quarter of last year to 3,018 units, from 3,550 units in the third quarter, but are up nearly 16 per cent from a year ago.

The secondary market also slowed with 4,907 units sold, an 11.3 per cent drop quarter on quarter, JLL said. More than 2,200 new private residential units were launched for sale in the fourth quarter of last year, up nearly 6 per cent from the third quarter, but down 27.7 per cent from a year ago.

Mr Ong Teck Hui, senior director of research and consultancy at JLL, said: “Due to the new cooling measures, the volume of transactions could slow by 20 per cent to 30 per cent over the next two to three quarters.

“Demand from investors and foreigners is likely to be more adversely affected due to the higher additional buyer’s stamp duty rates targeting this group of buyers.”

Landed home prices climbed 3.9 per cent in the fourth quarter, compared with a 2.6 per cent gain in the third, buoyed by wealth from new-economy sectors.

Prices jumped 5.3 per cent for non-landed condominiums and apartments, compared with a mere 0.7 per cent in the third quarter.

For 2021, landed property prices surged 13.3 per cent, while those for non-landed homes jumped 9.8 per cent.

Prime district prices rose 2.7 per cent in the fourth quarter compared with a 0.5 per cent drop in the previous quarter. Suburban prices jumped 5.7 per cent, reversing a 0.1 per cent fall in the third quarter.

Prices in the city fringe or the rest of central region saw the strongest growth, gaining 6.7 per cent, compared with a 2.6 per cent rise in the previous quarter.

For 2021, buoyed by strong demand from owner-occupiers and investors, prices in this market segment surged 16.3 per cent, outperforming a 3.8 per cent rise in the prime districts and a 8.8 per cent gain in the suburbs.

In addition, the city fringe submarket’s annual market share of total new home transactions has grown significantly – ranging between 41.7 per cent and 47.8 per cent in the last four years, compared with 18.8 per cent and 33.5 per cent from 2011 to 2017, JLL said.

With strong home sales and few land sales in 2020, unsold inventory dropped to a new low at 14,154 units, since the second quarter 2017 when 15,085 units were unsold, CBRE Research’s head of research for South-east Asia, Tricia Song, said.

This means that the upcoming tenders of Government Land Sales (GLS) sites will continue to see strong interest and stiff competition.

Mr Ong noted that since there are only five private residential sites on the 1H22 GLS confirmed list, collective sales sites could continue to generate interest.

Rents of non-landed properties rose 2.7 per cent, compared with a 1.4 per cent increase in the previous quarter. Rents in the prime and city fringe areas grew 2.9 per cent and 2.8 per cent respectively, while those in the suburbs rose 2.4 per cent.

“In light of new cooling measures, HDB flat owners who do not wish to pay the additional buyer’s stamp duty may opt to sell their flats first before buying a new home and rent in the interim. Employment in industries decimated by the pandemic may also start picking up this year,” she added.