Like in other major cities, there appears to be an upswing in real estate deals here amid pandemic 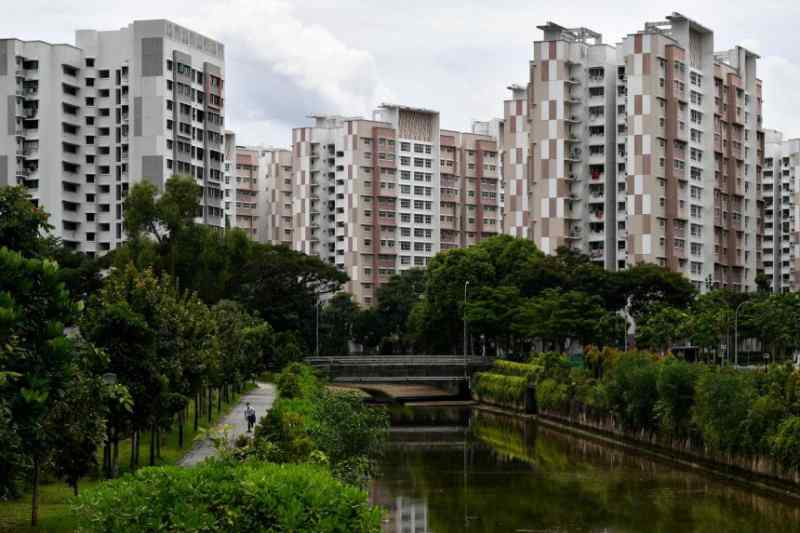 The Covid-19 pandemic is an unprecedented global crisis that has overwhelmed healthcare systems and upended businesses around the world.

While it has ravaged economies worldwide and consumer sentiment remains largely subdued, the skies seem brighter for Singapore’s property sector so far. A surge in buying activities and an uptick in sales were observed across many housing segments after the circuit breaker period.

But during the lockdown, flats were shuttered and home viewings were banned for two months to prevent the spread of the infection. As a result, private home sales dipped by 37.6 per cent from 4,269 units in the first quarter to 2,664 units in the second.

Overall prices of private homes slipped 0.7 per cent in the first half of this year. The public housing market was not spared either. Resale transactions tumbled by more than 40 per cent quarter on quarter to 3,426 units in the second quarter.

In a surprising turn of events, the property market roared back to life when viewings were permitted again. June’s new home sales surged by more than 100 per cent month on month to their highest level in seven years.

Property boom in a pandemic

The positive buying momentum continued for another four months. Indeed, more than 8,000 new homes were sold in the first 10 months of this year, which is highly encouraging.

Investor exuberance in the primary market spilt over to the secondary market as 3,467 private resale homes were transacted in the third quarter. This is a whopping 271.6 per cent increase from the previous quarter.

The HDB segment stunned market watchers as well. Prices of resale flats rose 1.5 per cent last quarter, after increasing marginally by 0.3 per cent in the preceding quarter.

Sales volume for resale flats rebounded by almost 25 per cent year on year to 7,787 units in the third quarter. Based on HDB data from data.gov.sg, last quarter’s sales were the highest since the third quarter of 2010 when 8,205 units were transacted.

If the economy is down, why is property market doing well?

Singapore is not the only place that has experienced a surge in property sales. Other real estate hot spots like New York, Sydney, Shanghai and Seoul have similarly seen a hike in property sales in recent months.

The pandemic has caused many buyers to reflect deeply on their long-term investment strategies. Currency fluctuation and sharp declines in global equities have ravaged the wealth of many people. The focus on capital preservation has driven some investors to divert their funds to real estate properties, which are deemed to be a more stable and diversified source of returns during times of uncertainty.

In Singapore, the Government has stepped in to help businesses and households cope financially and prevent large-scale job losses, by unveiling four stimulus packages totalling around $100 billion. This is by far the largest rescue package launched. The stimulus released during previous downturns in 1998, 2001, 2003 and 2009 ranged between $230 million and $20.5 billion.

Other measures were put in place to stabilise property prices. For instance, eligible borrowers are allowed to defer loan repayments while developers may apply to extend the completion period of developments. This has prevented sellers from panic selling and slashing prices too deeply to move sales.

Has the property market performed up to expectation?

According to data released by the Urban Redevelopment Authority, private home prices rose 0.8 per cent quarter on quarter in the third quarter, after rebounding 0.3 per cent in the second.

Prices inched up marginally by 0.1 per cent in the first three quarters of this year.

While the price increase may be modest, it has beaten expectations of many analysts. At the onset of the pandemic, a number of analysts predicted that prices of private homes could dip by 3 per cent to 8 per cent this year, while a few expected prices to fall by more than 10 per cent.

For the public housing segment, the HDB resale market posted a stronger performance than the private residential market. Based on the HDB resale index, prices of resale flats rose by 1.8 per cent in the first three quarters of this year. Last quarter’s sales also reached their highest level in 10 years.

Who are buying properties during the pandemic?

Due to strict travel restrictions, locals are now dominating the private residential market across all market segments. About 80 per cent of private non-landed homes were bought by Singaporeans in the third quarter. This is the highest proportion recorded since the first quarter of 2009.

Some of these owners do not mind paying slightly more for an older but larger property, especially if they are buying it for their own occupation. This may explain why demand for large-sized private homes has been rising.

What properties are people buying now?

The bulk of private home purchases (about 60 per cent) this year are below $1.5 million. However, there seems to be an emerging trend where larger and pricier homes are growing in demand.

Over the past few months, there was a surge in sales of large condominium units and landed properties. For instance, more than 1,600 large condominium units (1,200 sq ft and above) changed hands last quarter. This is 37.7 per cent higher than in the same period last year and above the last two-year average of 1,048 units. Around 600 landed properties were also transacted in the third quarter, the strongest quarterly landed sales since the second quarter of 2018.

Perhaps a growing number of people have come to realise the need for a larger living space since many are working from home and the trend may continue post-pandemic. Some astute buyers may also feel that large homes could be out of their reach if prices continue to inch up. Therefore, it could make more financial sense to buy a bigger home now since prices have not peaked.

What is the outlook?

We remain optimistic about the long-term prospects of Singapore’s residential market. The fundamentals of our country – political stability, pro-business environment, safe haven status, excellent healthcare system and robust legal system – have remain unchanged throughout the pandemic.

Consumer confidence will continue to pick up as Singapore is at the cusp of the third phase of reopening. The increase in economic activities will help revive many businesses next year. The prospects of life returning to greater normalcy may be less remote since many nations are already preparing to roll out large-scale vaccination programmes next year.